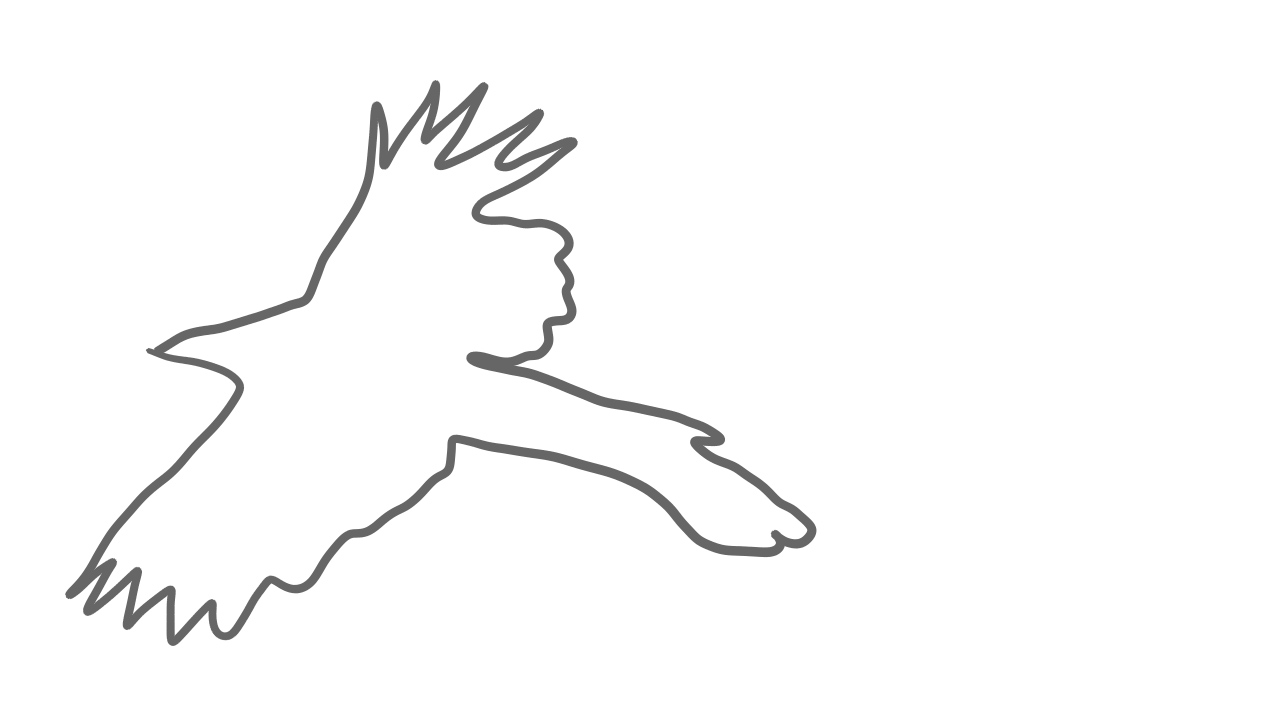 While waiting for their McDonalds to arrive, Ellie and Ronald try a meditation exercise for the first time. After Ronald gets distracted by the doorbell, Ellie is determined to continue the session. However, she didn’t expect to be confronted with an overwhelming feeling of anxiety about the future of herself and her kids. After realizing her feelings, will she now open her eyes or keep them shut?

It’s a Sunday evening, in 2025. Ronald, Ellie and their kids are home and because of their family tradition they order McDonalds. Ellie and Ronald are two parents who have a very busy life and Ellie convinces her husband to do a meditation exercise with her. They put down the device on the table and smile at each other as a calm voice starts guiding them. The futuristic meditation device projects a hologram in the room to illustrate the subject of the session: being in the present.

Ellie and Ronald close their eyes. The hologram projects an animation that accompanies the words of the voice over and illustrates our essayistic point of view. Supporting the dialogue of the meditation guide, the animation shows a story of a bird being affected by materialism, ignorance and anxieties. The bird is stuck in short-term thinking, focusing on finding shiny materials instead of food for her recently hatched eggs. The bird goes through the same progression as Ellie, slowly becoming more aware of her relationship to the future.

Slowly but surely, the session becomes more and more confronting and Ellie starts to feel guilty about her unsustainable behavior. As the doorbell rings, Ronald quits meditating to accept the food at the door. He puts it on the table and gets distracted by the kids running to him for attention. Ellie,
still meditating, is asked to acknowledge her feelings about the future. You can tell she’s touched, but as a viewer you’re still looking at the scene from an outside perspective. The animated projection starts widening and eventually covers the whole screen. The meditation guide is now directed at the
viewer, giving them space to acknowledge their own feelings about the future. We start counting our breaths, each breath being deeper and faster. The animation is also more intense now, subtly showing the damage of climate change.

We zoom back out, seeing Ellie struggling to accept her feelings, with a bunch of food laid out on their dinner table. The meditation guide tells her to open her eyes whenever she is ready. She sits there with her eyes closed, while the kids want to show their plastic presents. She doesn’t seem to want to open
them.